Corruption Reporting in the Media in the 2015 Nigerian Elections: Setting the Agenda or Toeing the Line? 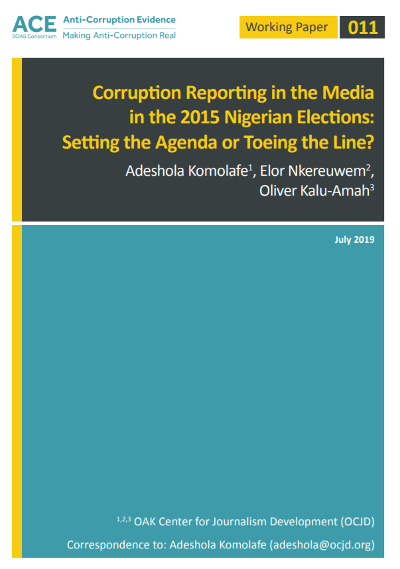 What is the intersection between corruption, the media and electoral processes in Nigeria? By focusing on media coverage of corruption and anti-corruption, this study interrogates how the 2015 general elections gave shape to the coverage of this social problem. The authors question the value of politically motivated coverage and seek to understand the impact of such coverage on public opinion and policy outcomes, particularly in the months immediately after elections.

The analysis reveals a rapid rise in media attention towards corruption issues in the months shortly before, during and after the election. However, it also shows that a combination of hype and interested party agenda-setting has led to fatigue in terms of anti-corruption coverage and has taken away attention from key issues of accountability.