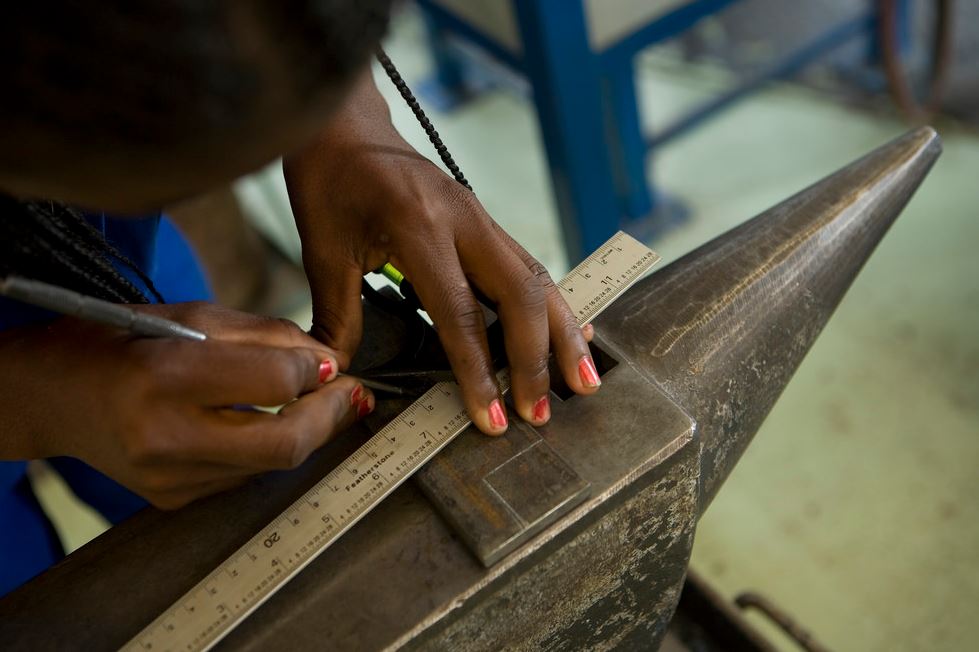 The shortage of technical skills in Tanzania has been one of the most fundamental constraints to its industrial development. Vocational training institutions are funded by a skills levy collected by the Tanzanian Revenue Authority. One third of the skills levy is spent on Technical Vocational Education and Training (TVET), while two thirds remain with the government. From the Association of Tanzania Employers (ATE) report, it is shown that one of the key constraints in skill development is that the skills development levy is not implemented nor distributed transparently. At the same time Vocational Education and Training Authority (VETA) remains severely underfunded and the lack of qualified teachers and training infrastructure have been identified as a bottleneck in the provision of education and skills training. Moreover, given the dramatic shortage of skills and despite local content policies restricting the employment of foreign workers, companies in Tanzania have increasingly relied on foreign workers and bribed the Immigration Agency to provide illegal short term work permits. This corruption has a meaningful impact on the viability of the local content policy as well as undermining relationships between locals and migrants.

Which supply (financing, governance and training delivery) and demand factors affect skills development outcomes in Tanzania? And how can incentives be better aligned to improve the quality and quantity of skills in Tanzania? 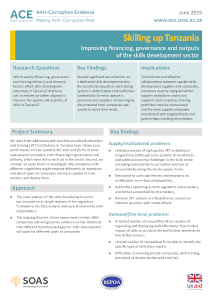 The project aims at identifying new skills development models involving firms and vocational training institutions, as well as the restructuring of the current fiscal costs and incentives for skills development. The adoption of discrete choice experiment (DCE) techniques will allow testing of the feasibility of these different models among different stakeholders and tailoring models for different sectors and firm-types.

We start from addressing why and how vocational education and training (VET) institutions in Tanzania have shown poor performance and we quantify the scale and forms of rents capture and corruption, from financing to governance and delivery, which have led to mistrust in the sector. Second, we conduct an experiment to investigate why companies with different capabilities might respond differently to incentives, and which types of companies are more capable to train workers and deploy them.

Early findings suggest despite significant tax collection via a dedicated skills development levy, the vocational education and training system is underfunded and ineffective: vulnerability to rents capture is pervasive and suppliers remain largely disconnected from companies and unable to meet their needs.