This blog was written Prof Mushtaq Khan and Dr Mitchell Watkins of the SOAS Anti-Corruption Evidence Consortium. It was originally published on From Poverty to Power on 4 February 2021. It is republished here under a Creative Commons licence.

Our research in Bangladesh identifies two practical ways to make climate change adaptation funding more effective. First, anti-corruption monitoring is more effective when led by locally influential households; secondly and more importantly, their involvement can be increased by designing adaptation projects to maximize ‘dual use’, ensuring that communities benefit now, (e.g. embankments doubling up as new roads) rather than just in the future.

Bangladesh is one of the world’s most climate-vulnerable countries. Every year, flooding and cyclones threaten lives, property, land and infrastructure in the country’s low-lying coastal regions. Given that climate change is predicted to further increase the frequency and intensity of flooding and natural disasters, the Government of Bangladesh and its development partners recognise that billions of dollars need to be invested in adaptation infrastructure.

These investments started over the last decade and have included the construction of embankments along rivers prone to flooding and cyclone shelters in exposed areas. Unfortunately, pervasive corruption – including embezzlement and illegal subcontracting – has severely undermined their implementation.

The main factors driving corruption in such projects are low transparency, a lack of community engagement, and limited accountability, despite formal mechanisms for addressing these. Based on data from 38 climate projects tracked by Transparency International Bangladesh (TIB), it is estimated that approximately 35% of project funds are embezzled. As a result of these leakages, a majority of adaptation projects are poorly constructed with substandard materials or are never completed.

However, corruption has not affected all climate change projects equally or in the same way, even when implemented by the same agency. Research by the SOAS Anti-Corruption Evidence research consortium with our partner TIB finds that the effectiveness of monitoring by local communities plays an important role in explaining differences in project outcomes. It also suggests practical ways of increasing the level and effectiveness of this monitoring.

The effectiveness of community monitoring depends on the self-interested involvement of influential households. These are households that can use informal power and networks to put pressure on contractors and officials, which – in contexts of weak formal governance – is an immediate and effective way of constraining corruption. Formal institutions and the rule of law can only be strengthened over a longer term.

To test our argument, we surveyed 2,000 households living near four recently completed projects: two embankments and two cyclone shelters with different levels of corruption. Our survey examined: 1) the types of households benefiting from climate projects and 2) the determinants of household involvement in project monitoring. We also collected data on six dimensions of corruption from 30 key informants to measure the level of corruption in each project.

The survey results indicate that landowners and businesses are two of the largest beneficiaries of the climate adaptation projects in our sample, but levels of benefit depend on the design of the projects. Furthermore, households with above-average incomes in agriculture and business (and therefore considered ‘influential’) are most likely to be involved in monitoring climate projects when there are benefits from doing this – and, importantly, that monitoring by these influential households is associated with reduced corruption.

By combining the survey results with measures of project-level corruption, we demonstrate that projects with lower observed levels of corruption have substantially higher levels of monitoring by households with a higher capability of exercising voice in the local community. 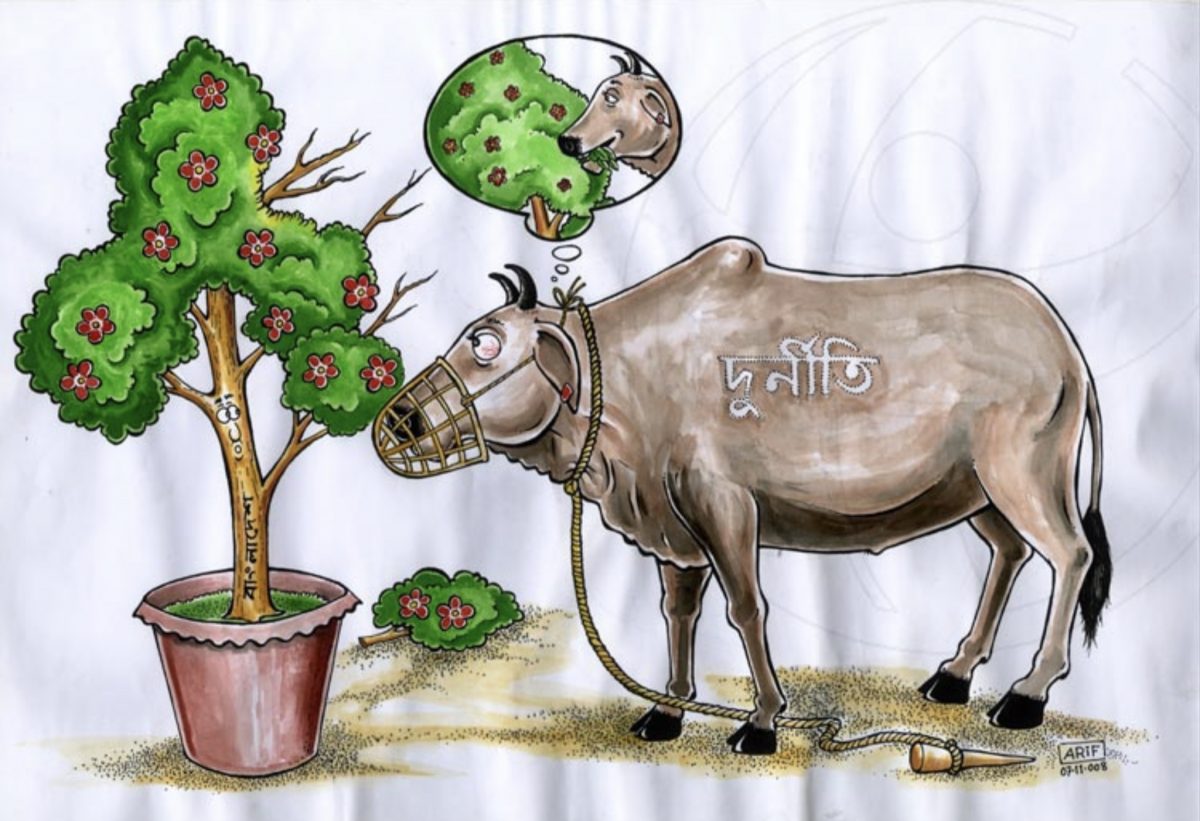 What drives the participation of land and business owners in project monitoring? Our research finds that the degree of monitoring by influential households depends on the level of dual-use benefits of the projects. Climate adaptation projects have dual uses because they deliver immediate benefits for the local community as well as helping them to respond to future climate change challenges. For instance, river embankments can serve as roads, and cyclone shelters as schools or community centres.

Not surprisingly, dual-use benefits are disproportionately beneficial for those with above-average incomes from land and businesses. But from the perspective of anti-corruption, this is not a bad thing. When climate change projects provide immediate benefits to groups with the effective capacity to monitor, they take a greater interest in monitoring progress. And when they get more involved, other citizens do too, making anti-corruption efforts much more effective. The data shows that when this happens, the benefits are broad-based. It does notsuggest that to make anti-corruption more effective the distribution of dual-use benefits should become more unequal. Instead it shows that when project designs provide greater dual-use benefits for the community, influential locals (who may actually be quite poor in absolute terms) get involved and this helps everyone because projects are better implemented. The real problem emerges when dual-use benefits are not high enough because they have not been deliberately maximized, and influential groups do not waste their time monitoring, leaving other influential individuals to get away with corruption in construction.

Why are the findings important?

Conventional anti-corruption approaches that focus on formal mechanisms of transparency and accountability have had limited effects in Bangladesh. Our research suggests a feasible strategy to improve anti-corruption by designing climate change projects to maximise dual-use benefits for local communities. This triggers self-interested monitoring, particularly by influential individuals, and results in effective anti-corruption in these adverse contexts.

One way to maximise the dual-use benefits of projects is to engage local communities at the project design phase. If this proves difficult, development partners and anti-corruption activists could ensure that climate projects routinely consider alternative designs for location, specification and uses, and deliberately select designs that provide the highest level of immediate dual-use community benefits. Our evidence suggests that this would significantly reduce the levels of corruption in climate projects by triggering higher levels of informal monitoring.