Digitisation of land administration: will it work? 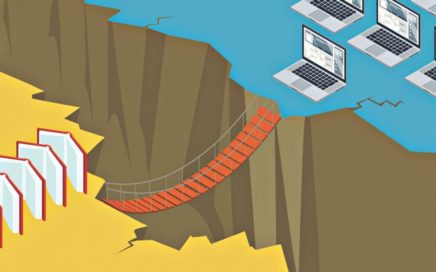 This article by Mehnaz Rabbani and Faruq Hossain was originally published in the Daily Star on 28 November 2019. The authors are senior researchers at BIGD, BRAC University, partner of the Anti-Corruption Evidence (ACE) Research Consortium.

“Digital land administration is the need of the hour”—an op-ed published in The Daily Star on August 19, 2019 reiterated the age-old concern over the inefficiency of the land market in Bangladesh, leading to “unending anguish and frustration for the general public”. Opinions and policy recommendations for land reform are aplenty in the media and intellectual discussions. Land related troubles affect the lives of a large majority of citizens and it is common knowledge that the sector is fraught with irregularities and corruption. The problem lies in how digitisation is understood. If it means that land records will be maintained on a digital platform, that land transactions can be done online and land ownership is secure, this is certainly a desirable goal. But in developing countries it often means that conflicts over records and possession are left as they are and the existing contested records are simply put on a digital platform. While even a limited form of digitisation can ease some of the problems of land administration, it is overly simplistic to see this type of digitisation as the answer to a complex problem. The deep-rooted problems of the land management system have evolved from a long history of structural and social processes that cannot be solved by simply digitising records in the current system. More importantly, premature digitisation can exacerbate the existing inefficiencies and create greater problems in future if the root problems are not solved first.

The government of Bangladesh is taking laudable strides towards digitising several public services, with a view to reduce time, cost and irregularities in availing these services. E-mutation was the first service digitised in land management, which allows citizens to apply for mutation (change of title) online. As a first step, this is commendable, but the benefits from digitisation of this one step is unclear. A research conducted by BIGD in 2018 shows that the returns from investment is negative for e-mutation—in other words, the money invested by the government is more than the value of benefits in terms of time and cost savings. One might argue that this is only the beginning of digitisation for the entire system, and benefits will accrue only after all linked services are also digitised. True to its word, the government has also initiated digitisation of other services within land management, namely khatiyan, maps and parcha. The benefits of these services will be felt if and only the entire land management system is digitised.

Irregularities or corruption in a system such as in the land market are largely a result of glitches that have been created and sustained over many years. To start with, let’s take the discrepancies in our land survey records. Land use and demarcation are continually changing and requires regular updating. Starting from the time of colonial rule, at least four land surveys have been initiated in Bangladesh. The Cadastral Survey (CS) is the earliest and most complete map and the Bangladesh Survey (BS) which is still ongoing, is the latest. None of these surveys were completed, which means that none of them offer a full map of our land. On top of that, the surveys did not follow a common format/template or align with any earlier survey. As a result, in many parts of the country, the CS records are still in use. Many transactions are made based on this survey. As this survey was conducted in the era of zamindars, demarcations of divisions within large landholdings (farmed by multiple farmers who later took possession of these pieces) are contested till today. In other parts of the country where more updated survey information is available, there are often discrepancies between the different surveys. It is not uncommon for two persons to have legal claim over the same piece of land because one is the owner according to CS record and another has ownership by another survey record. Although the law says that the RS (Revisional Survey) record takes precedence, conflicts regularly arise due to these discrepancies, which are most often solved informally by local arbitration or local land officers. These loopholes, of course, create opportunities for rent seeking or corruption. Digitisation is not the answer to curbing corruption in this case. Without reconciliation of records, digitisation will render informal resolution impossible, which will create deadlock situations where conflicting rights cannot be resolved informally. The only way out will be to take every small problem created by these inevitable discrepancies to court, where resolution will take several years and further increase the misery of landowners. This is, of course, one of the simpler cases that arise due to record discrepancies. We also have the more commonly known history of illegal possessions, fake documents which cannot be verified and discrepancies between the various documents of the same land (deed, khatiyan, registration, mutation, etc.) which have prevailed over many generations. Once digitised, all these incorrect records will be formalised, making correction of errors impossible in future.

Another problem, which gives rise to most land related conflicts is inheritance. Almost every family in Bangladesh can narrate first hand experiences of family disputes over inherited land. When a landowner dies, his/her descendants are entitled to proportions of the land by law. While how much of the land will be owned by each inheritor is clear, which part of the land will go to individual inheritors is not. Suppose there is a piece of land with two equal owners, with one side facing a road. The side facing the road is more valuable than other parts of the land. By law, there is no demarcation assigned to an individual inheritor, which means that both owners have entitlement of the more valuable half.  Again, scenarios such as these require informal arbitration. Opportunities for corruption are created, as the first one to register and get mutation for the more valuable part of the land will have full entitlement. If two generations down the line, the losing party rejects the informal ruling and files a claim for the prized land again, the case will have to be reopened. Digitisation is possible only when records, demarcations and entitlements are clean. The reality of the situation in our land market is that cleaning all these records over at least the last few generations has been a complicated process. Digitisation makes it necessary to resolve all these problems in one go and therefore has the risk of heightening conflicts.

Digitisation is most certainly a need for the future, but we have to be careful before saying that it is the need of the hour when it comes to our land market. As part of a SOAS-ACE research project at BIGD, BRAC University, a careful and in-depth analysis is being conducted of the various kinds of land related problems faced by citizens, the governance mechanisms related to these problems and the political and social processes which have led to the current state of the market. The preliminary conclusion is that digitisation is not the panacea that will relieve citizens of the anguish of land related problems. At most, digitisation can streamline the application and record management systems which will only reduce some administration costs but only if the underlying land records are clean and undisputed.